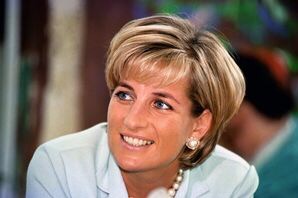 The people in my life, past and present, keep telling me I have a good memory. I guess that it’s true, but that can be a curse sometimes. One such of a day was twenty years ago this day, August 30, 1997.

I was watching college football games, as it was the first day of the season that would stretch into the first days of 1998, with a senior from Tennessee named Peyton Manning being the talk of the collegiate pigskin world. I had gotten what they call these days a desktop computer the Christmas before, and spent evenings reading online watching the various ball games, occasionally sipping on some beer as the nights wore on that year.

Before 10pm that evening, I had seen a piece of breaking news on America Online, and immediately went searching for my remote to change the channel. (I’m not sure it was the first piece of breaking news I’d ever seen on the computer and not TV, but it was one of the first.) Princess Diana had been seriously injured in automobile accident in Paris. Our cable system had the relatively new MSNBC and the more established CNN on it, but not Fox News as of yet, as it was less than a year old at that point in time.

The news outlets were saying her condition was serious, but not critical. I had remembered that when the prime minister of Israel (Yitzhak Rabin) had been assassinated a couple of years prior, that they used the term serious as they use critical here, so I knew to stay tuned and not dismiss the lack of alarm the news stations were giving off. Just after 11:30 our time that Saturday night, the tragic news came. Princess Diana had been killed.

The rest of the week was a blur, the first week of the NFL season and the Labor Day weekend – I couldn’t tell you who the Bucs played to start their season and whether or not they won without looking it up. (For the record, the Bucs beat the 49ers 13-6 in a game that would signal a turn-around in the franchise that culminated in a Super Bowl win in early 2003.)

Diana was eulogized and buried September 6th, which was my 26th birthday, definitely the most somber such day in my life. Though I hate watching funerals, I got up early and watched Diana’s farewell that morning, which was all over network TV despite the earliness of the hour.

I’ve never been a big opera buff, but when Lynne Dawson let loose with that “Verdi Requiem” midway through the service, holy mackerel, it was the perfect piece of music to express the grief of the world at that moment. I have to admit my eyes got a bit moist, which I guess is the whole point of funerals. Elton John reworked “Candle In The Wind” into a song that perfectly eulogized the Princess, which got my water works going again.

I’m Irish-American. My mother often tells me about my grandfather being arrested as a boy in the early 20th century waving the Irish flag in Ireland by the British who occupied the country at the time. It’s not like I hate everything that’s British, though the Royal Family comes off a bit stuffy and cold to me at times. That being said, it was hard not to see that a nation was in shock, mourning, and looking for answers.

Diana gave off the impression that she was the “cool kid” in that family, a breath of fresh air in a very stale group of people in an outdated monarchy. The public will always wonder if Diana’s death in Paris was the accident the press said it was, caused by the paparazzi, or if something far more sinister was at work.

All in all, a sad time for the world. Princes Harry and William lost their mother way too soon, and their mother would be very pleased in the men they’ve become.

Like many of you, I watched the scenes out of Houston and the rest of eastern Texas play out in the wake of Hurricane Harvey. It reminded me a lot of Katrina and New Orleans more than a decade ago.

Back then, it was clear that government wasn’t grasping the urgency and distress going on in New Orleans that week. It’s too early to gauge how aware President Trump is faring, and whether or not history repeats, as it sadly often does.

I live in the Tampa Bay part of Florida, and in my life we’ve been lucky we haven’t gotten a big storm of Harvey’s kind of wrath. One day that luck will end, whether that happens in a week or in a century is the unanswered question. Prepare for the worst, and hope for the best.

I’d really be remiss if I didn’t mention the passing of comedian Jerry Lewis last week at the age of 91. You see, I was born in Largo, Florida on the morning of September 6, 1971, which that year Labor Day. On TV that morning on one of the Tampa Bay area stations was the 1971 Labor Day telethon out of New York. Yes, I looked it up the local TV listings in the St. Pete Times archives one day. Hey, the Google can be a wonderful thing more often than not.

The telethon was its own brand of Jerry’s schmaltz on display for most of the 21 1/2 hours or so they’d occupy on Labor Day, beginning with the previous night. It did bring an iconic moment in 1976 when Lewis had a surprise guest in his former comedic partner of a generation past, Dean Martin. But most years, the telethon consisted of the story line of a chase: for MDA to raise a buck more than they did the year before. Unlike Captain Ahab in Moby Dick, Jerry was often successful, barring a bad economy, or a hurricane hitting or threatening a major area in the United States.

Thirty nine years later, it was another day where September 6th was a Labor Day Monday. I just had a feeling about seeing Jerry on TV the night before when the telethon started that this particular showing in 2010 was going to be his last one, and I made a donation. Not a big one, but what can I say? I had to respect someone who did good work as I came into the world. My hunch turned out to be a premonition, as he was replaced before the next Labor Day came around. The Muscular Dystrophy Association telethon went on a few more years, but without Lewis there it just wasn’t and couldn’t be the same.

This video is from Howard Cosell’s short lived syndicated talk program, Speaking of Everything, which was also the name of Howard’s weekend radio show of days gone by where he spoke of things beyond the sports world. If you’ve ever wondered if Howard and Jerry talked to each other, here’s some documentation of that.

Have a good weekend, everybody.

If you looked up at the eclipse on Monday (didn’t they tell you not to do that?) and you suddenly have vision problems, this is for you.

This Bruce Springsteen cover (“The Boss” originally record the song in 1973) topped the charts in early 1977 for a week, giving the South African Mann a second number one hit, with “Doo Wah Diddy Diddy” being his first in October of 1964 without the Earth Band. 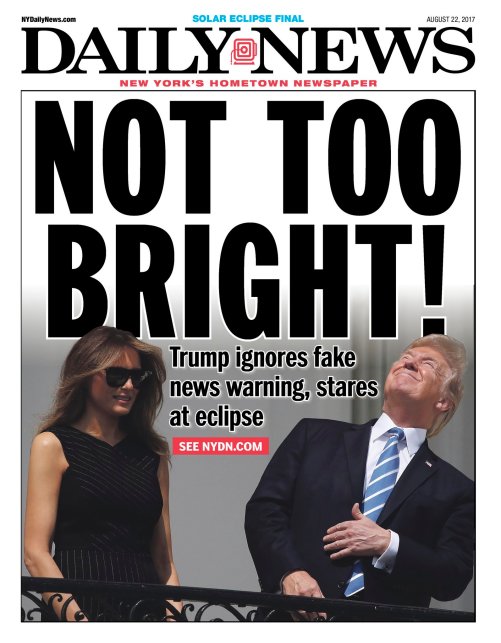 For a couple of minutes at various times across a swath of the country here in the United States on Monday, time stood still. It didn’t matter whether or not you liked President Trump, what your worldview is on racism or Russia, or whether or not you were a Republican or a Democrat. You took those fleeting moments out of your time and you viewed nature’s universal wonder: the first total eclipse seen in the USA since 1979.

Only an astronomical event could explain why Bonnie Tyler was on American TV more times in a seven-hour span than she’s been in the past thirty years combined. But there she was, on ABC twice, plus The Weather Channel, NBC, and CNN. (If you thought she appeared drunk on her last ABC appearance around 2:40pm or so, I’d have to agree.) I was under the impression she’d perform her 1983 mega-ballad “Total Eclipse Of The Heart” with Joe Jonas and the DNCE Band during those few minutes of totality when the sun disappears and it gets, well, totally dark. For some reason, that didn’t pan out as I had thought. Maybe the whole BMI/ASCAP royalty rights thing was an issue, but that’s just my amateur guess.

With “Total Eclipse” hitting number one on the iTunes charts Monday, some people on the Internet are wondering if this will this lead to a comeback of some sort.  Do I see Tyler getting another album released in the States as was the case in 1996 (the year after Nicki French’s remake of “Eclipse” went to #2 on the charts) with an album called Free Spirit? Yes, because she does have an album coming up for release in the next few months. (She’s had 16 studio albums to this point, but many of them weren’t released in America once her popularity waned here in the late 80’s.) Do I think such an album would do well? No, though I hope I’m wrong on that score. I just base that on how much of a dud her ’96 album was, but with other changes in the music industry such as downloadable music, maybe the right time for a comeback has arrived.

Nevertheless, the day of the eclipse was a day to remember for many reasons, but mainly because it should be a reminder to us all how little we matter in the grand scheme of things within the universe. We have to remember we all live under the same sky sometimes. Looking forward to our next eclipse in 2024, Lord willing. 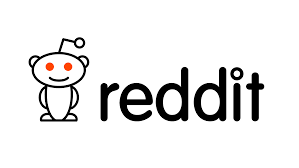 I’m really starting to enjoy using Reddit, though I haven’t mastered the learning curve of it, its nooks and crannies.

In particular, I’m a fan of a subreddit (that’s the proper name and usage of one of its forums, right?) called Ask Me Anything, where people tell of what they do or what problems they have, and they invite people to…ask them anything. Even some celebrities, the famous and the not so famous, go on and invite fans to fire away.

I’m “TBPauly” on there, if you want to look me up. Might even do my own AMA someday.

Spammers will be slapped around a bit with a large trout.