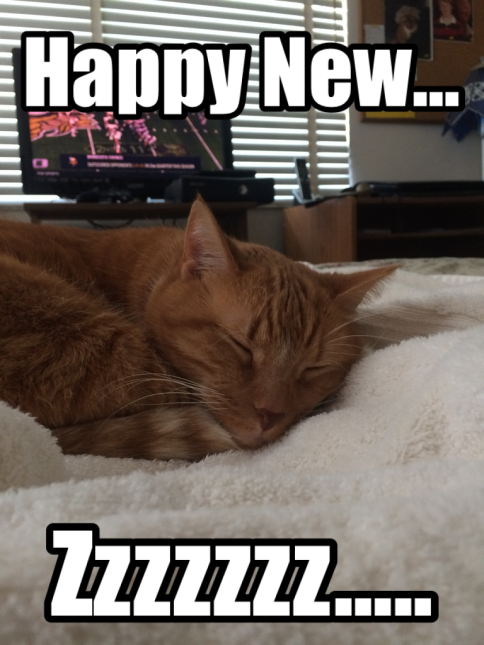 I hope everyone enjoyed the holiday season, and that it has brought you into the new year with happiness and good health.

Here in Tampa Bay, we’re beginning the new year of 2018 with the coldest weather the area has seen in nearly eight years, with highs this week in the low 50’s and lows between the upper 30’s to the upper 40’s. There was even thought we’d get snow flurries in the days ahead, but those forecasts changed as the computers continued to analyze the forecasts as they do. Numerically, those figures don’t sound as bad as what most of the country has been getting, we have a little equalizer called humidity. Plus, we usually get cool weather for a day or two and it goes away, but this “cooling trend” is forecast to last five to six days.

If you watch local news, they tell you to bring in your pets and cover your plants when it gets this cold. I usually put my cat Harry in this covered patio area of my house when I go to bed, which has air conditioning as does the rest of the house. The heat isn’t too effective back there, so I bring Harry in and give him full privileges on those occasions.

Did I mention he misbehaves, and has a bit of a different sleeping schedule as I do?

This site uses Akismet to reduce spam. Learn how your comment data is processed.