I left Facebook a third time this weekend – but only for four hours. I’ve lost a few “friends” I’ve known a long time (as if they were really my friends anyway), and frankly, I feel pretty good about it.

Apparently, I said a couple of things to piss people off. Want to hear my treason? Stick around. First, I said that I had left Netflix in early 2017 and that I was glad I left long before they announced that they were giving Barack and Michelle Obama their own series. Then, I criticized the NFL for altering their kneeling policy during the national anthem – I felt by not covering other forms of protest in their new edict that they left a loophole in place so that the drama would continue or escalate into the 2018-19 season.

It wouldn’t have been so bad if the arguments were logical that I was a bigot or a racist, but these suddenly found critics had no such argument. (I pointed out I voted for Obama twice, reminding them I left Netflix long before the incident – and that seemed to confuse everybody.) In fact, a few people who I haven’t talked to on Facebook (nor want to) came crawling out of the woodwork for the attack on me. When I mentioned on Facebook that people were coming for me – more of them came, including an incident involving a former friend that will remain that way forever if I have anything to do with it.

That’s when I thought about quitting again – and after that, I realized my “enemies” took their best shot at me and barely scratched the surface. There’s hope for me on Facebook yet and after all. I will always listen to logical arguments – but if you don’t have one, don’t waste my time.

A hit from 1983 from this Danish duo, reaching #26 on the Billboard but making the R&B top five that same year. It was by far the group’s biggest American hit to date with a history stretching from the 70’s to the current decade.

My next post will be Wednesday, with Memorial Day on Monday.

I can’t begin to tell you how much better I feel the past couple of weeks in a physical sense. Well, yes I can. Between the walking and the apple cider vinegar I’ve been taking twice a day, I’m feeling stronger in parts of my body where I had been weak, and it’s had a noticeable effect on my daily personal attitude.

On Saturday, I walked 1.36 miles around my complex in the early morning. My more current goal is to find a route around my neighborhood closest to a one-mile distance and keep doing that until I can go that distance with ease. The object is kind of a reverse “Price Is Right” contest – to find the route closest to a mile going over a mile. A route going 0.88 miles won’t do, but a route going 1.05 would.

In my first few walks, I found such a route thanks to the Walkmeter app for the iPhone. This is a task Google Maps isn’t really good at because their estimates only give you mileage in tenths of a mile. I needed something a little bit more precise, because a route that measures 0.9 miles, for example, could be 0.86 miles, or it could be 0.94. Such errors would add up with time.

Google Earth would also work, after a lot of mouse clicks. I find the “trial and error” of walking different paths to be the best approach – plus, you get some exercise out of the deal to go with it, and that’s not a bad thing.

Saturday was one of those days that it seemed for a while that the whole world was talking about the same thing. This was a more trivial affair than anything else – the marriage between Prince Harry and American Meghan Markle, the former actress.

It was one of those mornings where things worked out so I wound up watching. I got up a little after 6am, took a morning walk (I’m up to 1.36 miles now – though I think I’ll keep future walks down to a mile), and got home from the walk at 7am – just in time to turn on Fox News and watch the proceedings in earnest begin.

I saw one of my Facebook friends talking about doing the opposite of what she did in 1981 so that this “wedding” or Princess isn’t jinxed. Well, I didn’t watch the Royal Wedding of Prince Charles and Lady Diana back then, and I wound up watching this one – so perhaps I wound up agreeing with that sentiment.

When Diana tragically perished back in 1997, there were (and have been since) conspiracy theories that she was killed by British intelligence because she was interested in an Arab gentleman, Dodi Fayed – and that the Royals didn’t want Arab blood in their ancestry. I guess this marriage either proves that untrue or sets a precedent that catches up with the times.

I loved how Americanized the ceremony was – complete with a preacher who came enthused as if he had a few extra cups of coffee, and the playing of gospel music as bride and groom walked out of the church in holy matrimony. A sign of changing times, perhaps.

Aren’t we tired of this constantly happening yet? Apparently not, because it’s happened again. Another high school, this time in Texas, shot up. As of when I write this, they know of 10 who have died this morning.

I would say something – but with each passing tragedy, it gets further and further beyond a point where these series of incidents defy description. We can only hope that one day it all comes to an end. That’s why “A Place In The Sun” by Stevie Wonder often comes to mind for me. There should be a place in the sun where there is hope for everyone – and that it is not taken away by some crazed student who authorities should have known about.

I don’t believe taking away guns is the best possible answer out there. Guns do not kill unless the operator of the gun pulls the trigger. They are inanimate objects not capable of making such decisions of themselves – just as ham sandwiches cannot commit crimes, but theoretically, a ham sandwich can be indicted.

We (us older generations) never seem to stop and realize that those younger than us live in an accelerated society.  It’s changed with time – and we often ask younger generations to “grow up” faster than the contemporaries I lived in or the ones my parents lived in. A high school kid hasn’t known life without the Internet – I’m 46, and I knew of life before cable TV! They face difficulties with social media, video games, even pornography – that we can’t relate to because we didn’t face those things at our particular ages.

To solve the problem of why there are so many of these random shootings will take some “outside the box” thinking. We seem to know what the problem isn’t – and one side points fingers at the other, and vice versa like that answers anything. Personally, I think if security at these schools is a problem, then why not fix it everywhere? My mother often tells me about growing up and going to Catholic school in The Bronx – where everything was secured. When I went to public schools from kindergarten in 1976 to the 12th grade in 1989, the schools were wide open. It didn’t seem like anything anyone would think of back then, but anyone could have waltzed into these buildings or up to window in a schoolroom and started blowing kids and teachers away.

If our current government decides to secure our schools – it must be done with the same commitment and seriousness as we saw when President Kennedy decided to go to the moon in the 1960’s. If we don’t protect every school – then it doesn’t mean a damn thing, and this remains a mere political point of interest. Sooner or later, our leaders will have to push politics aside and get something done.

Well, this song is making the rounds again, thanks to a Progressive Insurance commercial I’ve been seeing a lot of.

Every time I hear this song (and I’ve been hearing it since the fall of 1987), I tend to think it’s a cover of a song from the 1960’s or thereabouts. But nope, this hit by the former member of the Go-Go’s is indeed an original. It was Carlisle’s only solo Billboard chart-topper, reaching number one in early December of ’87, also going to the top on the UK charts for a two-week stay. Also on the same album is “Circle In The Sand” which was spotlighted on here last September. 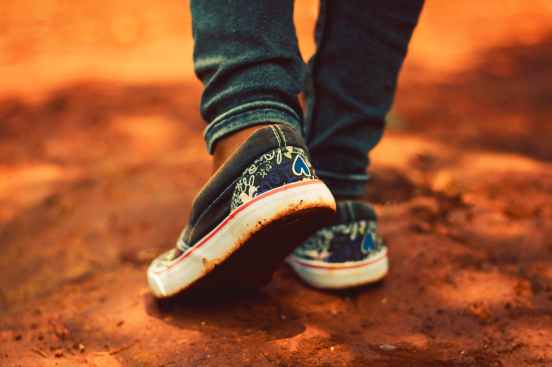 Last week, I had mentioned that my weight had gone down dramatically and that it wasn’t really something I had designs on – just a byproduct of eating less. In recent years, my typical weight had been 275, and now I’m down to about 235. (I just paused to weigh myself and got a reading of 238.5 just after a breakfast – I don’t get “hung up” on exact numbers, I just use the scale for a ballpark estimate.) 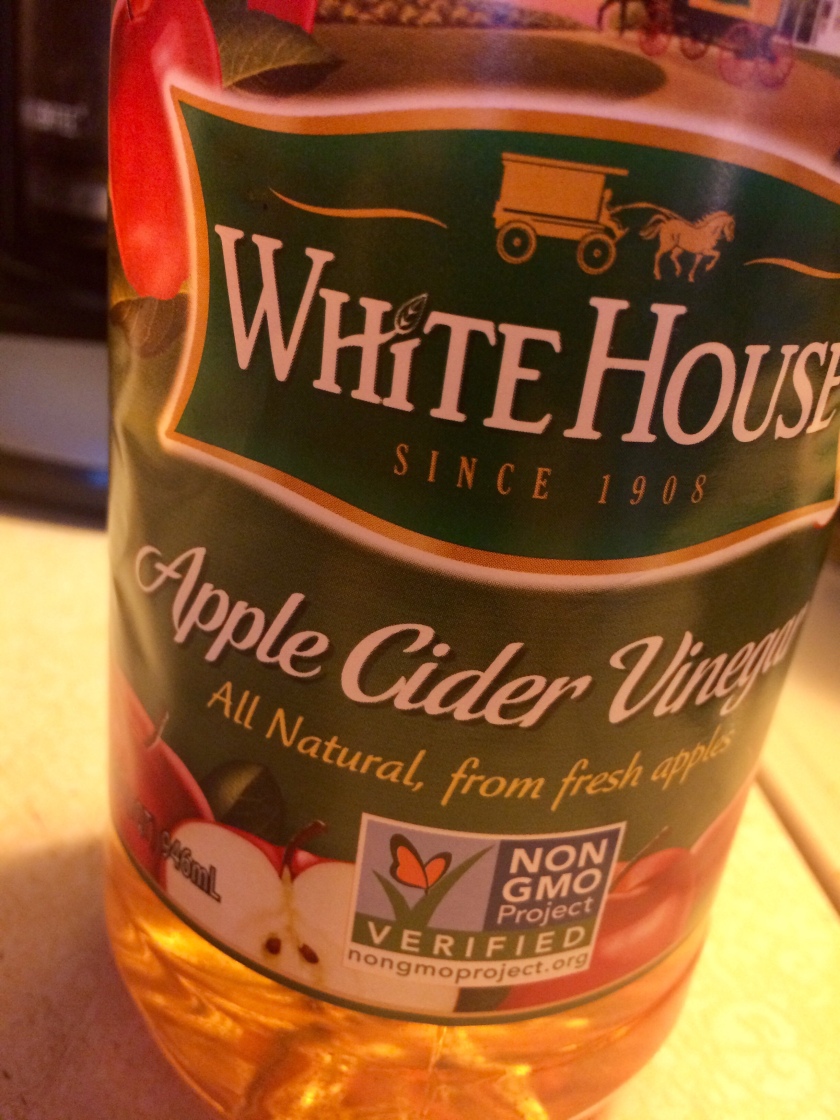 A good friend mentioned to me that I should get some apple cider vinegar, so I got some on a recent trip to Wally World, along with getting my quarterly haircut. I just began this regimen in the past couple of days, so it’s too early to tell for sure if this will have any effects, positive or negative. What I’ve read about it on the Internet is mostly positive, so we’ll see. I’m not really looking at it for weight loss, because I’ve already done that to an extent – but for something that will reduce over possible diabetic effects. For myself, I’d like to get foot sensitivity back.

To help myself in that effort, I walk around my neighborhood roughly 15-20 minutes a day, usually more than half of a mile. This week, I’m looking at expanding those efforts to get to a point where I walk at least a mile a day. With a spate of on and off rain hitting Florida this week with an early tropical system possibly forming in the Gulf, finding the time to do this will be a bit difficult, but I should be able to manage it.

I’m also noticing that my overall mood is improving, and that’s something that shouldn’t be overlooked, either.

Spammers will be slapped around a bit with a large trout.