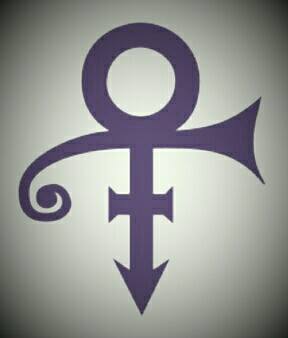 With everyone still talking about the death of Prince on the networks in a near breathless detail, it gave me a weird sense of deja vu that I’ve only had one other time in my life.

I was at home on February 1, 2003 in the early morning hours. I knew the space shuttle Columbia was set to land just past 9am. The cable news outlets were preparing to briefly cover the landing, or so I thought. I read on the bottom of the TV screen that Mission Control in Houston had lost contact with the shuttle minutes prior to landing, which began ringing alarm bells in my head. I knew from following the landings that there is usually a blackout period when the shuttle returns to Earth, but that time should have come and gone by that point.

Then the landing time of 9:16am came and went, still no shuttle. Commentators like Jay Barbree on MSNBC (who I once talked to in my radio travels, decent man) and Miles O’Brien on CNN were beginning to put Columbia and the fallen shuttle Challenger in the same sentence. Something was wrong, but what, and where would it come down, and in how many pieces?

The rest of the day was a blur. That day in February, to me, very much resembled January 28, 1986. The three anchors were the same: Peter Jennings, Tom Brokaw, and Dan Rather on ABC, NBC, and CBS respectively. The facts slightly different, but as was the case in 1986, a loss of all seven members of the crew, each time five men and two women.

Prince passing felt very similar to me to Michael Jackson’s passing. MJ died on a Thursday in June 2009 right after Farrah Fawcett had been buried, Prince died on a Thursday a few hours after pro wrestler Joan “Chyna” Laurer had passed in California. In both MJ and Prince’s cases, there seemed to be warnings the each was not well in the time leading up to the passing of each rock/pop legend, but only fully decipherable until both had respectively died.

Not to mention the “King Of Pop” had two sons named Prince, which is somewhat odd.

Another odd fact, Prince mentions in his 1987 song “Sign O’ The Times” the following lyric:

Is it silly, no?
When a rocket blows and, and everybody still wants to fly
Some say man ain’t happy truly until a man truly dies
Oh why, oh why?

In a way, everything ties together when you really look at things.

Much like that day in 2003, Thursday was a bit of a blur to me. Even though there were marked differences in the lives touched and now changed, it felt like generally it was the same script, a story I didn’t want to relive again, but a reality that will now be there eternally.

Okay, okay. I teased it a couple of weeks ago, I figured I’d better get around to it.

There’s a huge story behind this song for me, and it’s not even my favorite song of Bonnie’s: “Holding Out For A Hero” is.

When I first heard this song on Q-105 (WRBQ here in Tampa) back in late June of 1983, I remember thinking, “This will be a #1 song.” It was so different from anything on the radio at that time, and my 11 year old mind remembered that Tyler had a hit back in 1978 with “It’s A Heartache,” so I figured this song was a lead-pipe cinch. In horse racing terms, she was a “proven jockey” of the time, as I would find out later that Bonnie was looking for a change of management after her career had been stuck in neutral after her success five years prior.

Later that night, I saw the video of the song on NBC’s hour-long late night video show (so short lived I don’t remember the name of it) and it only convinced me more that this prediction was the correct one. In the video, Bonnie is waltzing around (with the impression that she’s a teacher at a boarding school with teen-aged kids with magical powers attempting some sort of seduction) in a white robe singing the lyrics of this mega-ballad.

In the UK, “Total Eclipse” quickly shot to the top of the charts in the spring of ’83, knocking off “Billie Jean” by Michael Jackson. Here in the States, the song slowly rose up the charts, cracking the top-10 by Labor Day, then up the top-5 by the end of the month. On October 1, 1983, my prediction (and probably a few other music nerds out there) came true: it topped the Billboard charts and stayed there for four weeks.

The song was also a coup for composer Jim Steinman. Many thought “Eclipse” could have been meant for his usual running buddy Meat Loaf, but the rumors were that a fight over record labels and paying for the song kept the “Two Out Of Three Ain’t Bad” crooner from belting that one out. “Making Love Out Of Nothing At All” by Air Supply (which Bonnie eventually covered in 1996) was a number two on the US charts for a portion of Bonnie’s reign at number one, and that song was also written by Steinman.

A pretty song by most standards. No wonder there have been so many remakes of it over the years.

Well, today is Halloween, after all. Perfect time for this Michael Jackson classic…

It is one of those nights for me. I’m trying to tell my body to sleep, but my body is rebelling these thoughts.

I hope I don’t overdo it on these blog entries I do noting the passing of a sports figure here or a celebrity there.

Oddly enough, these occasions are like banana peels for my mind. A marker of sorts. It’s how I tend to remember things.

Is that too weird?

It all began like this the day Elvis Presley died. I was a few weeks shy of six. It was the first moment in my life where I remember where I was when news broke.

Remembering things in your life based upon the deaths of people I’ve never met.

Never thought about this until now. How morbid.